Existing documents chronicle alpine settlements in Valle di Lodano since the 13th century. This old form of land use occurred through seasonal migration. During four months, from June to September, alpine farmers moved with the livestock (cows, goats, and pigs) from the valley floor to the high altitude pastures above, making a few stops along the way to graze the animals, first at mid-mountain pastures (maggenghi) and then at the two corti (building and surrounding pastures) that made up the alpine pastures (alpi).

The journey took place on foot and everything was carried on the back. Except for the few journeys from one pasture to the next, daily activities were marked by routine: the cows and goats were milked at dawn then brought to the pasture to graze, while the dairyman stayed in the cabin to make butter and cheese. The rest of the day was devoted to small jobs like maintaining paths or cutting and chopping wood. In the late afternoon, the animals had to be milked again. The work day ended at dusk.

Each alpe had a rudimentary cabin used as a space for living and for making dairy products. There were also one or more barns where the animals took shelter, a pigsty, and a cellar. Running water was essential, as was the wooden cross, testimony of the deep religiousness of the time. The dates engraved in the lintels of the buildings mark dates of construction or improvements.

The alpine pastures were rented every three to six years through public auction. The terms of the contract regulated in great detail the rights and obligations of the renter. 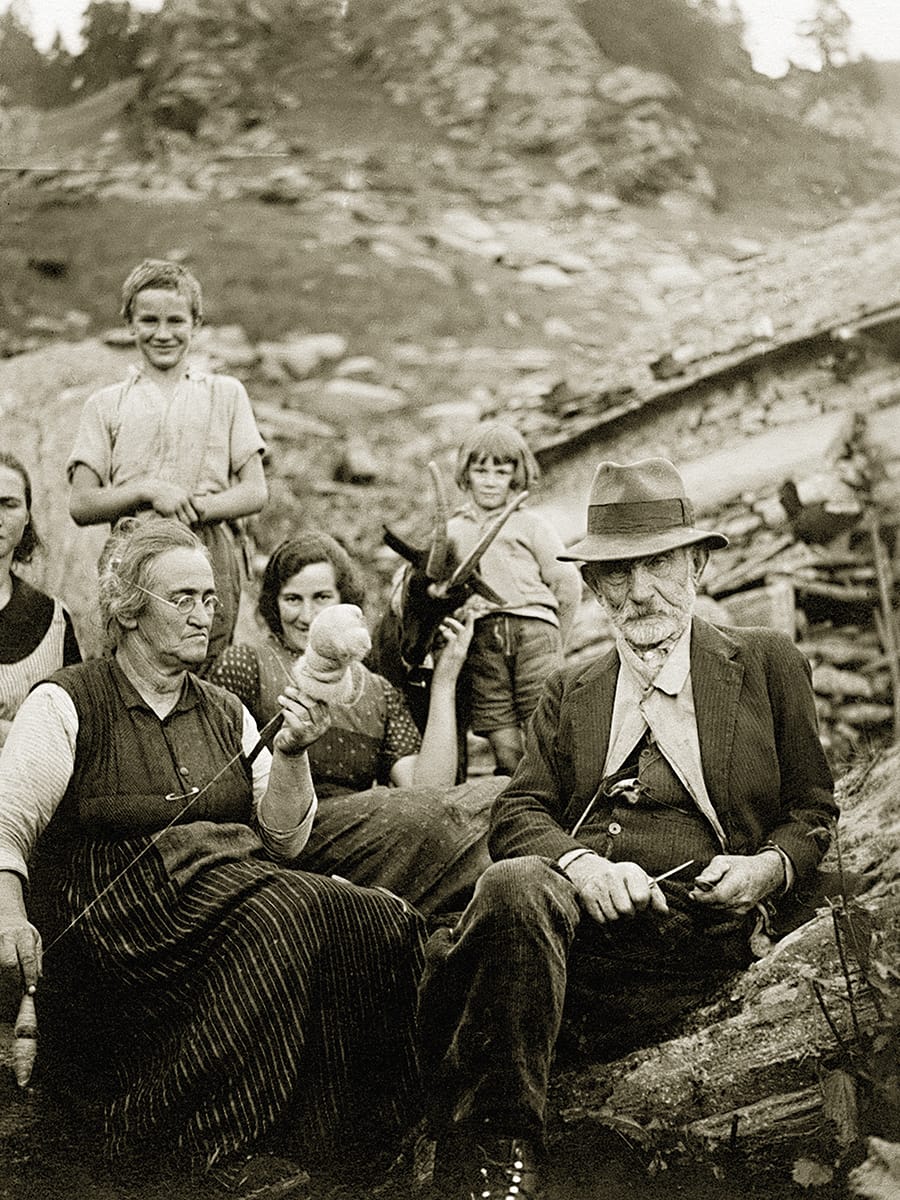 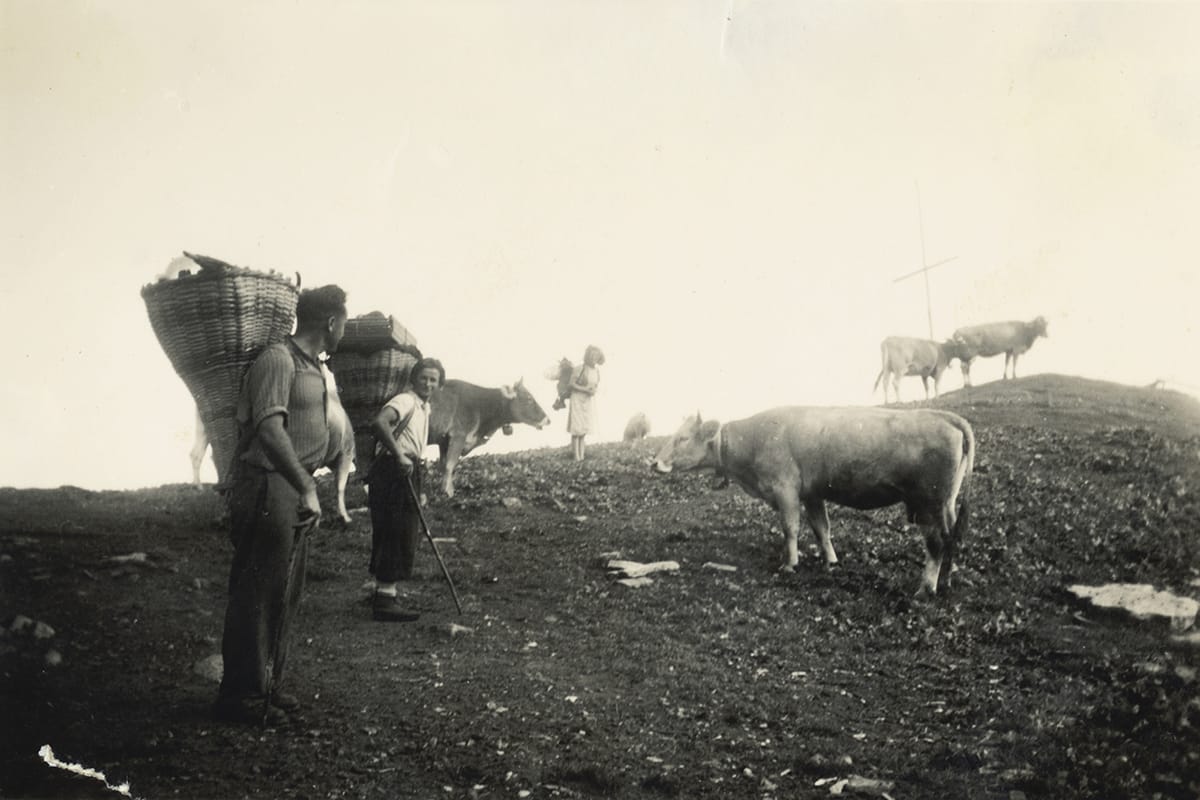 The Valle di Lodano forest was exploited for centuries. The first documented logging activities date back to the mid-16th century when the local landowner community (Vicinanza) sold a wooded area to a timber merchant. Logging activities ended in 1964. The 19th century was the golden age for logging. During this time a large quantity of timber was transported from the higher Ticino valleys to Lake Maggiore, from where it was sent to the plains of Lombardy. The forest was an important resource for members of the local community, who cut wood to use as firewood and for construction. After 1912 the forest was regulated by a Forest Management Plan that divided and managed the area by numbered sections.

Initially, logs were transported down the valley through a combined system of chutes and dams. The chutes (sovende) were built with large trunks and ran along the mountainside down the valley. At some points the chute crossed the stream like a bridge, at other places it was anchored to the mountain, and in other locations it was dug into the ground like a trench. Flotation worked on the principle that water, when accumulated with a barrier and then released, allowed the transport of large quantities of timber, which were stopped further down the valley in a riverbed and blocked by a second barrage.

In the late 19th century the logs were transported down the mountain by wire cable. These were initially simple zip lines that used the force of gravity, such as the six-line system built in 1898 by the Società del Filo metallico. Later, more complex systems were put in place, such as the 1943 cableway from Mött di Còll to Coglio of remarkable size and capacity: at more than 3’000 meters long, with 16 trestles, it had the capacity to transport up to twelve loads of timber at once. 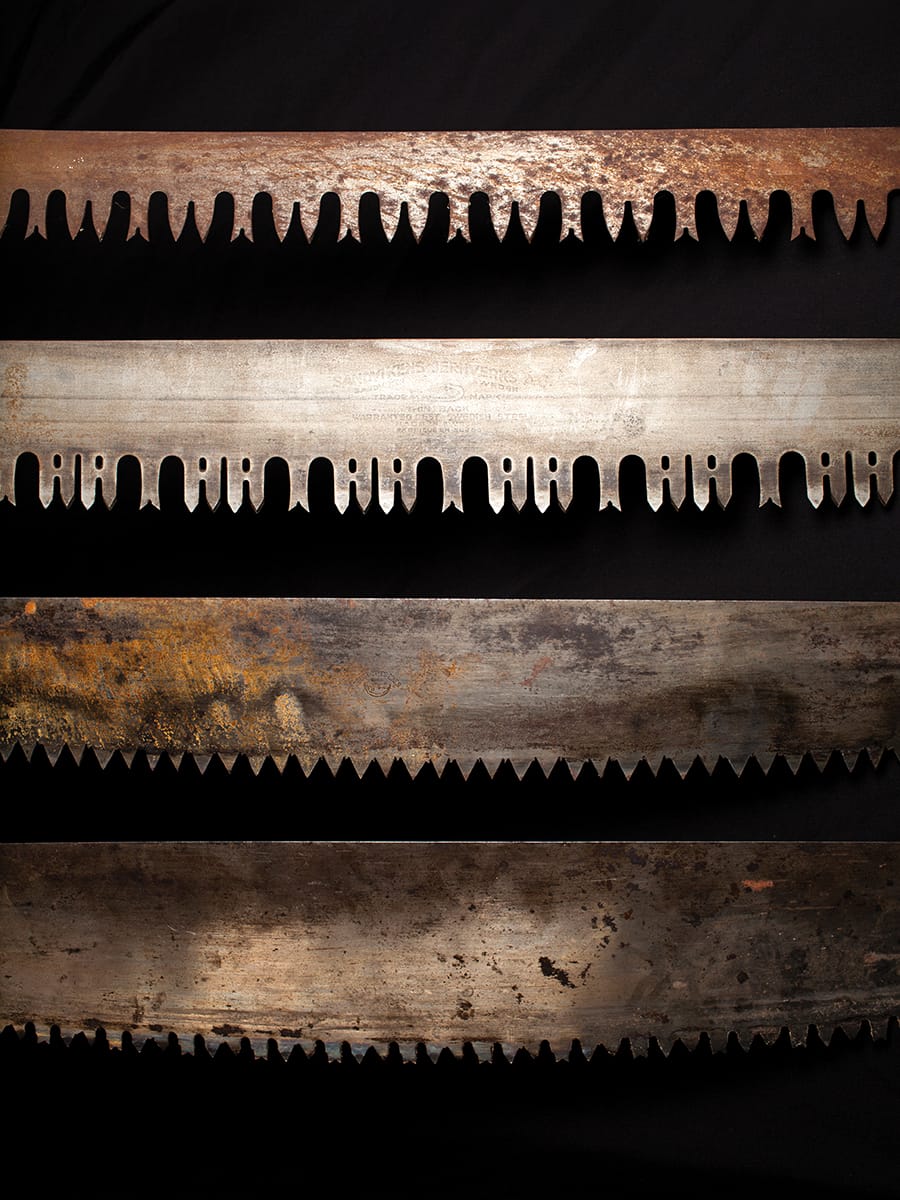 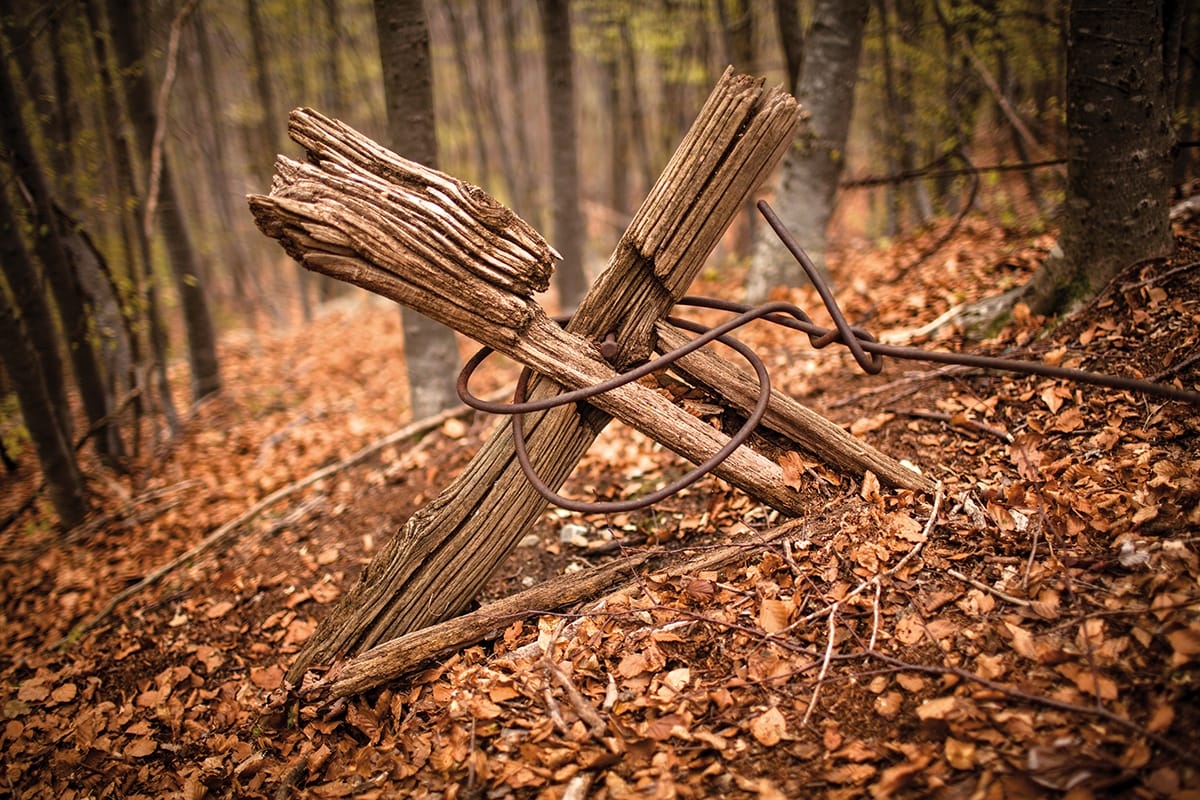 Those with a keen eye will notice, along the paths immersed in the forest, roughly elliptical-shaped flat areas, 4-8 meters wide and 7-12 meters long, supported by uneven dry walls. These flats were created by digging material from the mountain and stockpiling it toward the valley. Here charcoal was made by piling wood into a dome shape and then covering it with small branches, leaves, and dirt, and letting it smolder for days. Charcoal fragments scattered around the flat and just below the supporting wall, alongside the presence of black earth, reveal the function of these sites.

Compared to firewood, for the same calorific value charcoal is much lighter and easier to transport, which allowed charcoal production for transport to nearby Lombardy, especially during the 19th century.

A survey of charcoal production sites carried out in Valle di Lodano resulted in 216 recorded sites, with an average density of about 32 sites per km2, and with peaks of about 63 sites per km2 in the beech woods on the left side of the valley, where production lasted until 1945.

Initial charcoal analysis and radiocarbon dating confirmed that the majority of the sites were active during the 19th century and until World War II, with a significant number built or in use already during the preceding century. The second half of the 18th century was an important period for the development of charring. Some sites, however, were probably already operational in previous centuries. The oldest dates back to the Late Middle Ages, between 1420 and 1450. 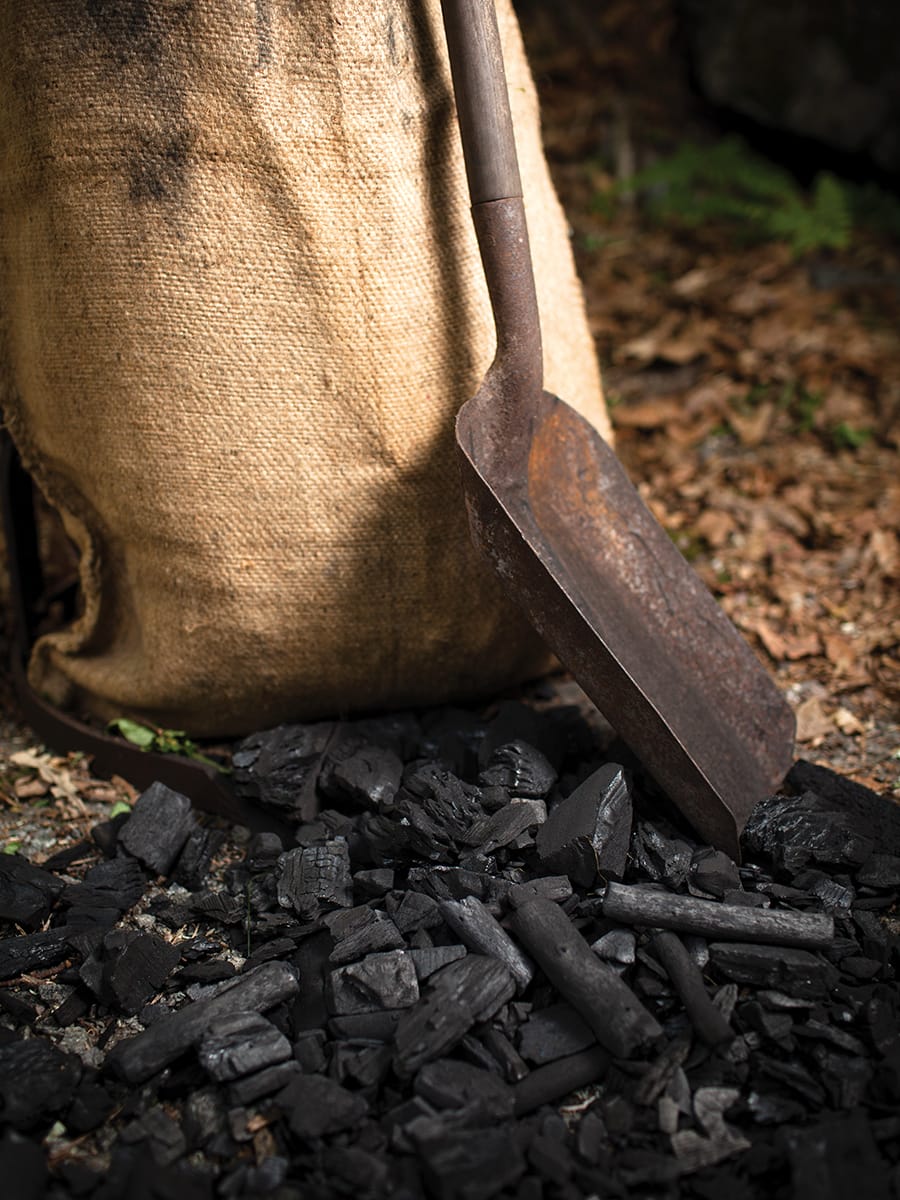